So at the ETC we submitted a film for the 48 Hour Film project.  Come one, come all!  I was really glad to have been given the chance to act in this and Ray Ban outlet also do the music!  It was a whole lot of fun with minimal sleep!  Enjoy!

So for this final round in BVW, Round 5, I’ve got to embrace the inner sound man I am and leave behind the amateur texture artist I was.  Here are some samples of sound effects I made for our game.  I got to use some of the old Hannah Barara sound effects and let me tell you, boy do I miss those Ray Ban outlet old cartoons.  They sure don’t make them like that anymore.  Now I know why my dad has Looney Tunes cartoons on DVD.  Anyway here they are:

Here are some of the creature sound effects I made.  In our game we have a brute, an orc, and a dragon!

Here are the cartoony effects that just exude nostalgia, go ahead try not smile and remember the days when you hear ’em!

The first visual story assignment of the semester!  Introduce the team!  We are ATOMIC Ray Ban outlet CHICKEN PRODUCTIONS! I created the beginning motion graphic in after effects.  Not too shabby for working with after effects for my first time…EVER!

I’m going to start brining in my comedy collaborator for some of this posts.  We like to riff ideas off of each other a lot and they mostly are absurd and I think the world should know about them.  With that being said, I also want to start some re-occurring posts on here so without further ado, here is the first of many…Nostalgic 90’s!

Wishing on a STAR BURSTING with hope

When people ask me the age old question, “Mike what was it like to be a child of the 90s?” I almost immediately want to respond, “Eat Starburst Fruit Twists and you will know.” It is at this point that I remember in horror that Starburst Fruit Twists do not exist anymore. Oh how the children of the 2000s missed a great one. It still pains me to think how this great fruit snack did not stand the test of time.

Some do not understand Starburst Fruit Twists. Just imagine Twizzlers but with a good taste. They had several different flavors like orange, cherry, lemon and watermelon; and unlike Twizzlers, actually tasted like the fruits they claimed to be. Seriously, how long can Twizzlers have a cherry flavor maglie calcio poco prezzo that has no hint of a cherry taste? Am I the only one that notices this? Back for a few beautiful years though I did not worry about these questions because the great alternative that was Starburst Fruit Twists quenched my fruit licorice thirst. Now though, there is nothing to fill the void.

Sometimes I worry about trivial things like will I find love?  But then I snap back into reality and realize that would never come close to filling the hole in my soul left by the lack of Starburst Fruit Twists. Some days I walk by a vending machine thinking the unthinkable. Maybe just maybe they have untouched the machine since 1997 and it still has some really old expired Starburst Fruit Twists. Then I look and see the usual crap choices of Nutter Butters, Cheez Its and Twizzlers, all at least months away from their expiration dates. Its at that point that I look to the sky and wonder what is left to do and why should I even move forward.

Maybe it’s time to call it quits. Maybe I should just tell the youngins that ask me about the 90s, “you will never know just kill yourself.” Still I am a dreamer. Deep down I Vendita nuove magliette calcio a poco prezzo online believe Starburst will re-launch its fruit twists brand. Maybe it will not happen, but I got to believe. It is all I have left.

"May our children forgive us" - Bill Pullman, Independence Day 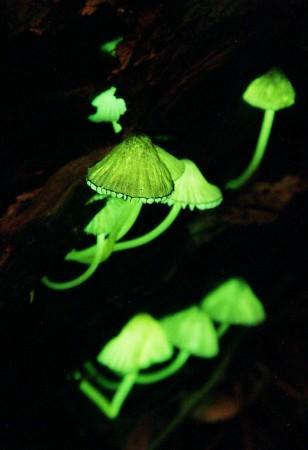